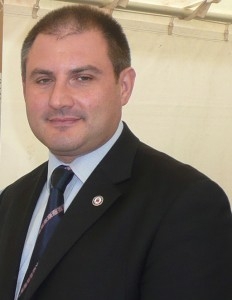 Usually I write my columns on the basis of a local issue, or how a national issue connects to our local community, but this month I want to address the critical national issue of leaving the European Union.

Many are tired of hearing it, indeed I’m tired of saying it, but the referendum result must be honoured, no ifs or buts. I cannot understand why we have not yet left the European Union. Parliament voted to give voters the final say and to hold the referendum, with 83% of MPs returned in 2017 having stood on manifestos promising to faithfully implement the clear instruction given to them by the electorate to take the UK out of the EU, myself included.

I personally support the Prime Minister’s decision to prorogue Parliament, although of course the final decision on the lawfulness of the decision rests with the Supreme Court. Prorogation signifies the end of the parliamentary session. An ordinary parliamentary session would usually last no longer than 200 days. The 2010-12 session under the Coalition Government lasted 295 days and that was exceptional in its own right and virtually unprecedented, as records from the Parliamentary library show.

The Government has been clear in its desire to set out a new vision and priorities for addressing violent crime, investing in the NHS, and helping people with the cost of living. The Government has equally been clear that there will be time following the State Opening of Parliament to debate and discuss Brexit and other issues. Instead he has opted to allow Parliament time to discuss the matter and hopefully to agree a deal, should the European Union be willing to make a compromise prior to the 31st October deadline.

The Government’s position – which I heartily endorse – is to leave the European Union by 31stOctober, with a deal if at all possible. However, getting a good deal also relies on our colleagues in the European Union being willing to offer one, and if they refuse to do that then they cannot be allowed to veto the clear instruction given to MPs by the largest democratic exercise in British history.